Clinton Foundation Corruption Should Be Next for the FBI 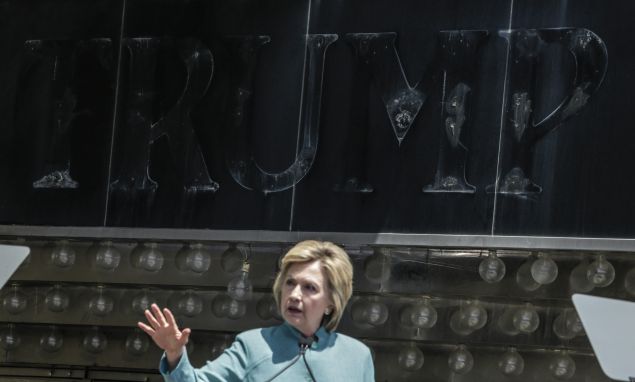 North Florida-based Congresswoman Corinne Brown is the latest Clinton superdelegate to receive an indictment for corruption and ethics violations. Brown allegedly received $800,000 from an organization called One Door For Education under false pretenses that the funds would be used for charitable purposes. One Door For Education touts itself as a nonprofit, but is not legally registered as such.

It would appear that only Hillary and Bill truly seem to understand how to launder funds for political favors, with the Clinton Foundation front and center for aspiring pupils of white-collar crime.

In 2011, ABC News revealed Rajiv Fernando, a Clinton Foundation donor, was appointed to an Intelligence Board at the State Department by Clinton despite having no background or qualifications for the role. Shortly after ABC began asking questions, Fernando quietly resigned.

An investigation by Vox revealed at least 181 Clinton Foundation donors lobbied the State Department while Hillary Clinton served as secretary of state. UBS, for example, paid Bill Clinton $1.5 million in speaking fees shortly after Hillary Clinton helped the Swiss bank settle a lawsuit with the IRS—for a fraction of what the IRS initially sought.

Clinton Foundation donations have also been linked to State Department favors for weapons manufacturers and foreign governments. Peter Schweitzer’s book, Clinton Cash, cites four trustees of the Clinton Foundation charged with or convicted of financial crimes. Aside from the security risks her private email server posed, evidence suggests Clinton’s intent was not convenience, but rather to circumvent FOIA laws.

Billionaire sex offender Jeffrey Epstein, who claims to have co-founded the Clinton Global Initiative, served 13 months in jail for soliciting prostitution from a minor. Epstein is the subject of ongoing litigation involving several other underage victims, and flight logs from Epstein’s private jet show Bill Clinton flew with him at least 26 times. Vice News reported one of Epstein’s victims, Virginia Roberts, told her attorneys she had damaging information on Bill Clinton.

Since Bill left the White House in 2000, the Clinton Foundation has built the Clinton name into a brand to provide networking opportunities for Hillary Clinton’s political career. The charity has been used to unprecedented degrees to leverage power and influence for political gains, with little transparency and regulation.

The Clinton Foundation blurs lines between politics, business, charity and public service, and the ability to investigate the Foundation’s litany of questionable donations is compromised. For all the millions of dollars that have passed through the Clinton Foundation, it will be challenging—even for the Clintons—to evade an indictment if Hillary is elected president.