A love-hate triangle between Russia, Ukraine, and NATO 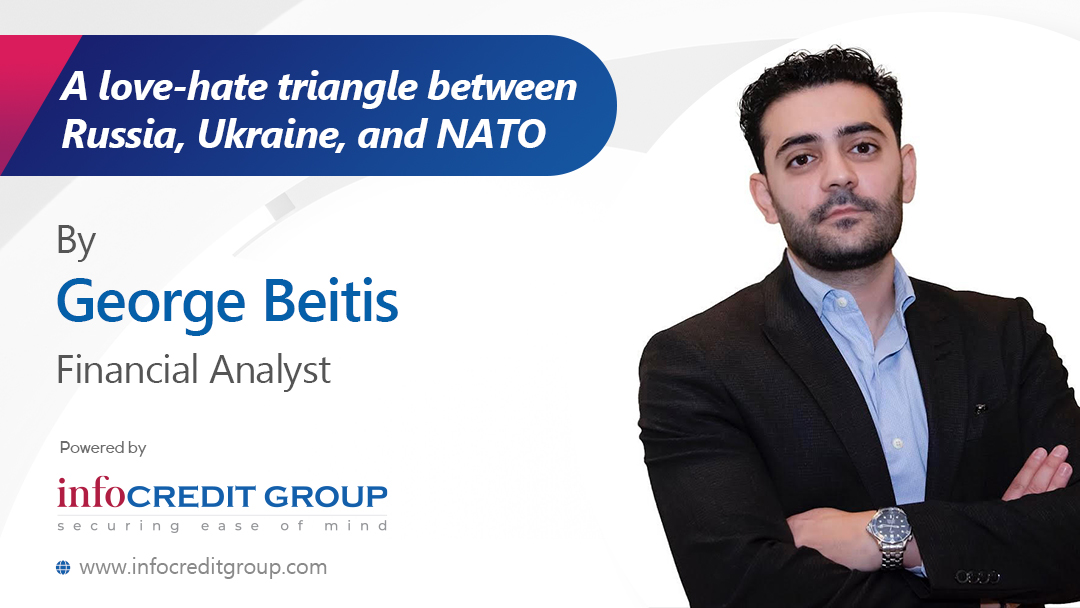 A love-hate triangle between Russia, Ukraine, and NATO

Since the 19th century, a significant portion of Ukraine was part of the Russian Empire, where Ukrainian lands lost all traces of their national distinctiveness. Governors were appointed from St. Petersburg, and their territories were reorganized into Russian provinces. Through education and intermarriage, Ukrainian nobility became Russified.

Following the abdication of Nicholas II in 1917, which marked the end of the Russian Empire, Ukraine became a founding member of the USSR (Union of Soviet Socialist Republic), which represented a collection of 15 states that existed from 1922 until 1991 where Ukraine achieved its independence. The Soviet leader at the time of the collapse of the Soviet Union, Mikhail Gorbachev, was the son of an Ukrainian mother and a Russian father. To this day, many Russians view the Ukrainian capital, Kyiv, as the birthplace of their nation and cite numerous cultural ties between the two countries.

In an essay written in 2021 by Vladimir Putin titled "On the Historical Unity of Russians and Ukrainians," the President of Russia argues that Russia and Ukraine share essentially the same historic and spiritual space, and that the wall that has emerged in recent years between the two countries is their common misfortune and tragedy, and the efforts by "forces" that seek to undermine their unity.

NATO (North Atlantic Treaty Organization) is a military alliance that was established in 1949 by the US, Canada, France, the UK, and eight other European countries. Since then, it has added eighteen more countries. Despite NATO being an international organization and dominated by the political influence of Western powers, just like the UN, the two are not the same.

In a nutshell, the UN works to avoid war and resolve conflict through peacekeeping, political negotiations, and other means. On the other hand, NATO is designed to fight wars with its military Alliance. Its traditional principle is "collective defense," meaning an attack on one or more members is considered an attack on all members.

Following Ukraine's independence in 1991, relations between Ukraine and NATO began with the establishment of the Ukraine-NATO commission in 1997 to provide a discussion forum for security concerns without a formal membership agreement.

In 2008, Ukraine applied to begin a NATO Membership Action Plan – a program of advice, assistance, and practical support tailored for countries wishing to join the Alliance.

After the presidential election of Viktor Yanukovych in 2010, any plans for NATO membership were postponed. Three years later, a wave of demonstrations and civil unrest began in Kyiv as the people were triggered by the Ukrainian governments' decision to suspend the signing of the EU-Ukraine Association Agreement. The protests led to the 2014 Ukrainian Revolution – known as the Revolution of Dignity, where Yanukovych accepted defeat and fled the country along with other high government officials.

In the coming years, tensions begin to arise as Russia's President, Vladimir Putin, sends a list of demands to the US in 2021. Those demands are removing any troops or weapons deployed to countries that entered NATO after 1997, including much of eastern Europe such as Poland and the former Soviet countries of Estonia, Lithuania, Latvia, and the Balkan countries. In addition, Russia demanded that NATO should rule out further expansion in Eastern Europe and the accession of Ukraine into the Alliance.

The response from NATO and the US was that admission for new members would not close, much less remove members from the Alliance. It also needs to be noted that following the Russian invasion and the Annexation of Crimea, public support for Ukrainian membership in NATO has dramatically risen.

As Vladimir Putin's demands fell on deaf ears, Russia started sending around 190,000 military troops to the borders of Ukraine. This is considered the most significant troop mobilization in Europe since the second world war. On February 24 2022, the Russian armed forces launched an offensive against Ukraine by the orders of the Russian President. He said the operation's goal was to demilitarize and "de-Nazify" Ukraine.

The Russian leader claimed that military action was necessary to stop Ukrainian attacks on the two breakaway regions of Donetsk and Lugansk, which Moscow recognized as sovereign states. On February 21, President Vladimir Putin had claimed that Russia could come under attack by the Ukrainian far-right government unless their influence in the country is diminished. In addition, he accused Western Nations of arming Kyiv against Russia.

The financial implications of such actions will be severe for both Russia and the rest of the world.

While Russia depends on revenue from Europe, the latter relies on the supply of energy from Russia. Overall, Russia was supplying about one-third of the European natural gas consumption, used for heating in the winter as well as electricity generation and industrial production. The EU also depends on Russia for more than one-quarter of its crude oil imports. Russia had, thus, turned out as the largest single energy source in the EU.

Germany's largest European economy was getting more than half of its natural gas and over 30 percent of its crude oil supplies from Russia. France gets most of its electricity from nuclear power but relies on imports from Russia to meet its fossil fuel needs. Further, plans of Germany and other countries to phase out nuclear and coal power in times ahead would have only further increased this dependence on Russia for energy supply.

Despite the above, the US, UK, and EU have imposed sanctions aimed at freezing the assets of President Vladimir Putin and other high-ranking government officials of Russia. In addition, several Russian banks will be removed from the Swift international payment system, restricting the Russian Central Bank from deploying its international reserves worth around $630bn and almost 2,300 tons of gold.

The sanctions' effect was the plunge of the Russian ruble by nearly 50%, an all-time low, versus the dollar.

In response to the sanctions imposed, the Russian President, Vladimir Putin, asked its Defense minister to put its deterrence forces on special alert. Moving the weapons to alert status makes it easier and faster to launch without the meaning of an intent to use them.

Moreover, Russian President Vladimir Putin has ordered the Russian central bank, the government, and Gazprom (the largest publicly listed natural gas company in the world and the largest company in Russia by revenue) to present proposals by March 31 for gas payments in rubles from "unfriendly countries," including all European Union states.

History has shown that war should never be the answer. Its catastrophic effect is the high mortality and disability, which destroys communities and disrupts the development of nations' social and economic fabric.

War is a scar that will never heal, and its imprint will remain in the pages of history and the hearts of humankind.

*Infocredit Group has been a leading business intelligence and risk management solutions provider for 50 years. www.infocreditgroup.com